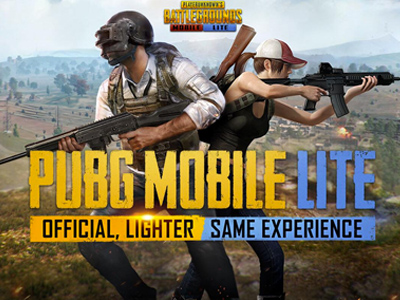 Player’sUnknown Battlegrounds or more commonly known as PUBG is one of the most popular battle royale games you can play right now. It was such a popular game that the developers created a PUBG Mobile for smartphone users. This brought in more players to the franchise, making it one of the most played battle royale games right now. Though the mobile game already brought in many new players who don’t have access to the computer, not everyone has a good enough device to properly run PUBG Mobile.

So the developers came out with PUBG Mobile Lite, which is a battle royale game that uses Unreal Engine 4 and requires only 600 MB of free space on your device. It also only needs 1GB of RAM to run smoothly, so this game will properly function even on a low-tier mobile device. As a streamlined game, matches only last 10 minutes long and there are only 60 players instead of 100. But what other features does this game has? Let’s take a look.

Though PUBG Mobile Lite is a stripped-down version, it still offers 2 game modes, the Battle Royale and Arcade. With Battle Royale, you will have 2 maps to choose from, Varenga and Golden Woods. Each map offers different layout, terrain, day/night cycle, and more. So it’s great that you will have at least 2 map options for Battle Royale.

For the Arcade Mode, there are several different maps available, with each map offering different game modes. There’s the Team Deathmatch Warehouse, Assault: The Ruins, Payload, War, and War -RPG. So you will have plenty of different game modes to choose from and provide you with many other ways to play PUBG Mobile Lite.

Another feature of PUBG Mobile Lite is that the game’s graphics are good. Even if it is the stripped-down version, the Unreal Engine 4 tech can offer great and realistic graphics for players to use. You won’t see the difference between both mobile versions of the game in terms of graphics.

Like with any PUBG game, PUBG Mobile Lite also has a feature where you can invite and add friends. This will make it easier for you to invite them to play with you in certain game modes. It’s more fun to play battle royale games if you’re teaming up with people you know and are comfortable with. The game offers many ways for you to play with your friends, from playing online or even to teaming up in local rooms.

The Game is Available for Free

Of course, PUBG Mobile Lite is a game that you can play for free. You don’t have to pay anything to download and play this game. It does offer in-app purchases, but there’s no need for you to purchase anything to properly play the game. All game modes are accessible for free. After downloading the game, just let it download certain maps and game modes and you can start playing them once it’s done.