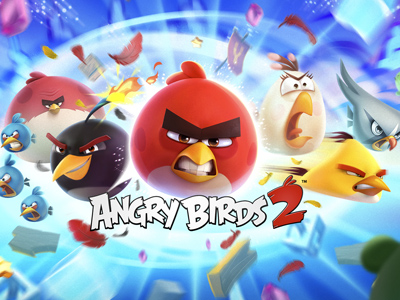 The battle between the Angry Birds and the Evil Green Pigs is not yet over. And you can join and assist the Angry Birds in their on-going with the King Pig and his minions in Angry Birds 2. The casual game continues where it left off, helping the birds take down the different structures and fortresses that the pigs have built.

You use a slingshot to propel the different birds towards the structures to make them crumble down. Each bird also has their own unique abilities, which will make it easier to bring down a structure. The sequel game will be returning all of the iconic characters, as well as introducing new ones. But aside from the usual gameplay, what are the other features of Angry Birds 2? Let’s find out.

Level Up, Put Accessories, and Upgrade the Birds
One of the new features that Angry Birds 2 offers are that you can now do more with the Angry Birds characters. You can now level and upgrade them, allowing you to earn higher destruction scores. This will allow you to reach high scores easily and be on top of the leaderboard. Aside from leveling and upgrading, you can also put upgrade the bird’s appearance.

You can purchase hats, which the birds will wear while on the lobby. There are many different hats available for you to purchase and put on the birds. The hats are divided into different categories like school hats, party hats, Halloween, and more.

Choosing Which Bird to Use

Another new feature of Angry Birds 2 is that you can now select which bird you would want to use to complete the level. This is a great feature since it will now allow you to strategize properly and make it easier to complete a level. For example, a combination of Chuck and his speeding ability and Bomb with his explosive ability will allow you to easily take down enemy structures with as much destruction as possible and earn high scores.

The only downside here is that you will need to unlock the characters first. You will start the game with Red and then earn keys along the way to set the other birds free and use them.

Play with Friends or Compete With Them

Angry Birds 2 also allows you to play with friends. You can join clans so you and your clanmates can take down the evil pig together. You can also compete with them for rankings on the leaderboard. The game also features an Arena, where you can compete with other players in a friendly but competitive bird flinging challenge and see who among you is the best.

Angry Birds 2 also has the Mighty Eagle Challenge where you can participate in the Mighty Eagle Bootcamp. The boot camp will have different and special challenges for you to complete and doing so will earn you coins. You can use the coins you’ve earned to purchase exclusive items on Mighty Eagle’s shop.